Top 10 Emergency Weather Radios To Prepare You For Disasters 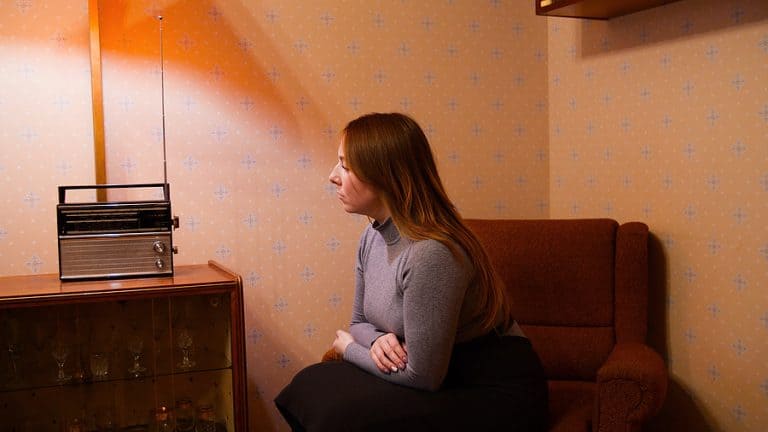 Remember those love struck days of your youth when you parked yourself in front of the radio listening to the most romantic of love songs? Ah, to be young and feel love’s keen sting, right? Alas, catering to our emotions is not the only thing radios have done in its lifetime.

As a matter of fact, World Radio Day was established to commemorate the role of radio as a “powerful medium for celebrating humanity in all its diversity,” as wonderfully described by the United Nations Educational, Scientific and Cultural Organization (UNESCO). Guglielmo Marconi must be beaming with pride right now. Aleksandr Popov would probably be smiling too if only he was officially recognized as the inventor of the radio.

Historical debates aside, radios have done more than let different voices be heard and emotions be felt. It has also saved lives. Emergency weather radios, for example, share news and alert people of incoming natural disasters giving them enough time to prepare. That said, here are ten of the top emergency weather radios to prepare you for disasters. 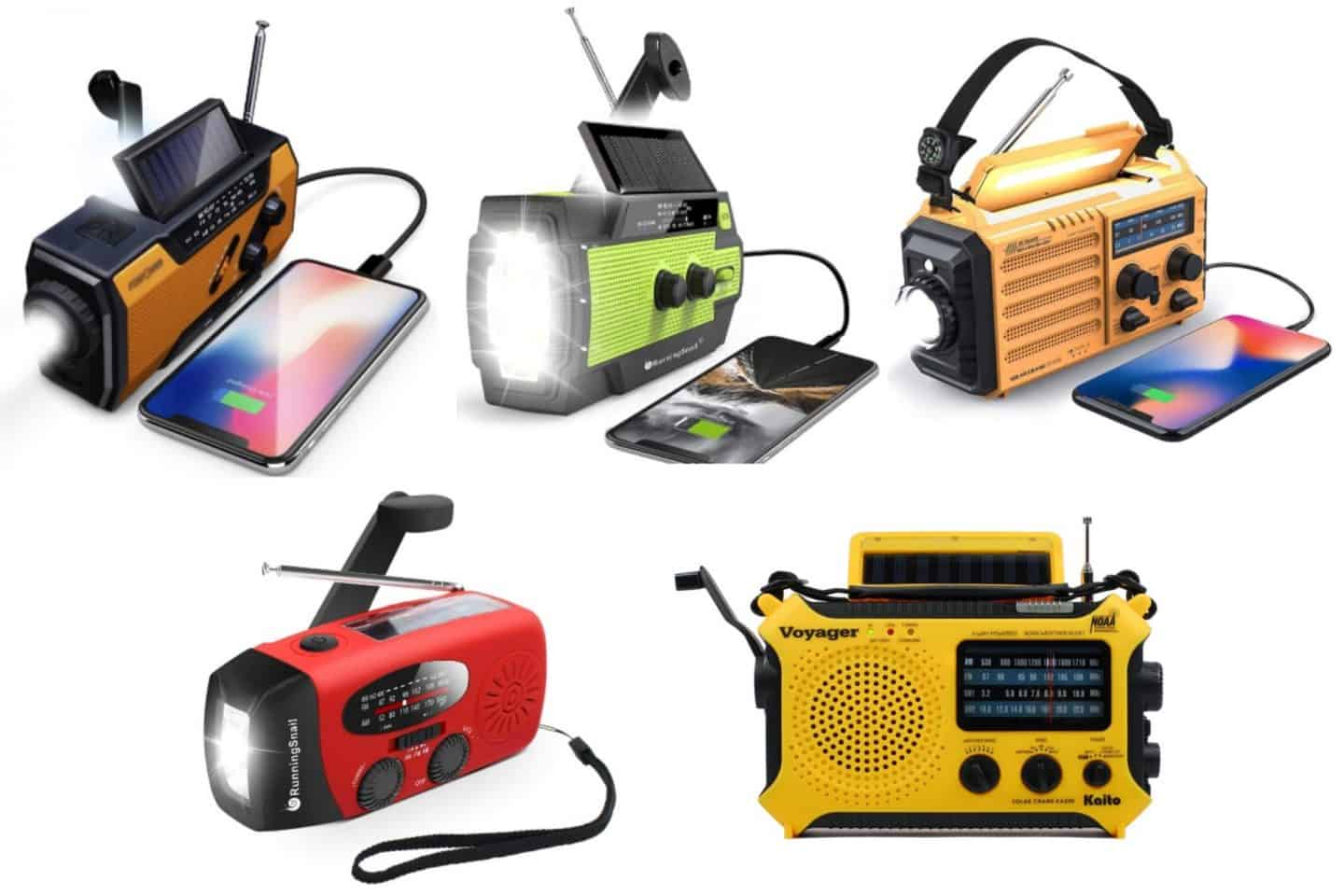 When choosing from the many emergency weather radios in the market right now, you need to take a number of factors into consideration. First is its ability to pick up the important radio stations, particularly NOAA and AM/FM ones. You need up-to-date weather alerts so this is obviously the first thing you should look for. Reception should be more than great. Check if it has a telescopic antenna. You need it to improve reception, especially if you’re mobile.

Most emergency weather radios come with more than two charging methods. This is important since you can’t rely on electricity and batteries alone. These two can and will run out. Make sure your weather radio has a solar panel and hand crank. The rechargeable battery should be at least 2,000 mAh. The higher the battery capacity, the longer the battery life.

You also need to look for additional features. Most emergency radios have flashlights while some come with alarms. Of course, you want your weather radio to be portable, durable, and waterproof since you’ll be depending on it when you’re outdoors or during disasters. Affordability should also factor in.

If you value portability, the FosPower Solar Hand Crank Emergency Radio should definitely be on your list. It’s one of the lightest emergency weather radios around at only 10.9 pounds. Plus, it measures 6.2 x 2.9 x 2.1 inches. That’s just like a smartphone albeit a thicker one.

Big things come in small packages, so they say. The FosPower FOSPWB-2376 emergency weather radio packs an impressive 2000 mAh battery that can charge your phone and other small devices. The li-ion battery can be recharged by electricity via micro USB port, solar energy using its small solar panel, and using the hand crank. There’s also a port for AAA batteries so make sure you always have some in your pack or emergency kits for good measure.

Aside from its radio and charger features, the 5-in-1 Adventure Tool comes with an LED flashlight with emergency light mode, 4 LED reading light, and an SOS siren. The waterproof FosPower Solar Hand Crank Emergency Radio comes with a carabiner and user manual.

Who knew a snail could do so much? Well, this RunningSnail MD-090P Multi-Purpose Crank Radio that is. This solar radio is a 5-in-1 survival must-have.

The RunningSnail MD-090P can access seven NOAA channels along with AM/FM stations to help you stay up-to-date on weather disturbances. It also functions as a charger thanks to impressive 4,000 mAh rechargeable li-ion battery.

The battery can be powered in three different ways. It can be fully charged through the microUSB in just six hours while a minute of spinning the hand crank will give you 6 minutes of radio time or 30 minutes of high beam flashlight. The solar panel lets you gather sunlight to protect and charge the battery.

The flashlight feature comes with three modes, particularly Far Beam, Dipped Beam, and a combined Far and Dipped Beam. The light can reach up to 10 meters away. Another amazing feature is the reading light with a motion sensor, which is not commonly found on other emergency weather radios. Set the reading light on Auto mode so that it will turn on whenever the sensor senses movement. The light will last for 30 seconds before it automatically turns off. Finally, there’s the SOS alarm for emergencies.

Like the other emergency weather radios in this list, the Raynic CR1009 Emergency Alert Radio has seven preset NOAA stations to go with the usual AM/FM station. It also features a 3W LED flashlight and a 2.5W reading light. The SOS alarm, another common feature, comes with a red flashing light that makes pinpointing your location a lot easier, especially in the dark.

The IPX3 waterproof Raynic CR1009 has five different power sources. The usual rechargeable Li-ion battery, solar panel and hand crank. You can also power with three AAA batteries while the AC power allows you to charge your devices. The 5000 mAh built-in battery allows up to 14 hours of light and 12 hours of radio. The Raynic CR1009 Emergency Alert Radio includes a handy braid belt, carabiner, compass, and user manual.

We have another RunningSnail on our list. This time it’s the MD-088s Emergency Hand crank radio. This one has a smaller 1000 mAh battery but still does the job of providing weather alerts.

The compact RunningSnail MD-088s also functions as a charger for your portable devices and as an LED flashlight. It comes with a Micro USB cable for charging though you can also charge it using the solar panel and hand crank.

The Kaito KA500 Weather Alert Radio could be one of the most dependable emergency weather radios in the market today. That’s because it can be charged in six different ways. The portable radio has the usual power sources in a 5V micro USB, hand crank dynamo generator, built-in NiMH rechargeable battery, and Kaito’s patented flip-up solar panel. The latter allows use of the weather radio even with no battery inside. Then there are the AC/DC input for wall charging though the actual charge is not included, and the compartment for three AA batteries, which are also purchased separately.

The Kaito KA500 has seven pre-programmed NOAA weather channels along with AM, FM, and shortwave stations. It has an Alert mode that informs you when there are alert signals from the stations. Other KA500 functions include USB charger, LED flashlight, SOS beacon light, and a reading lamp. 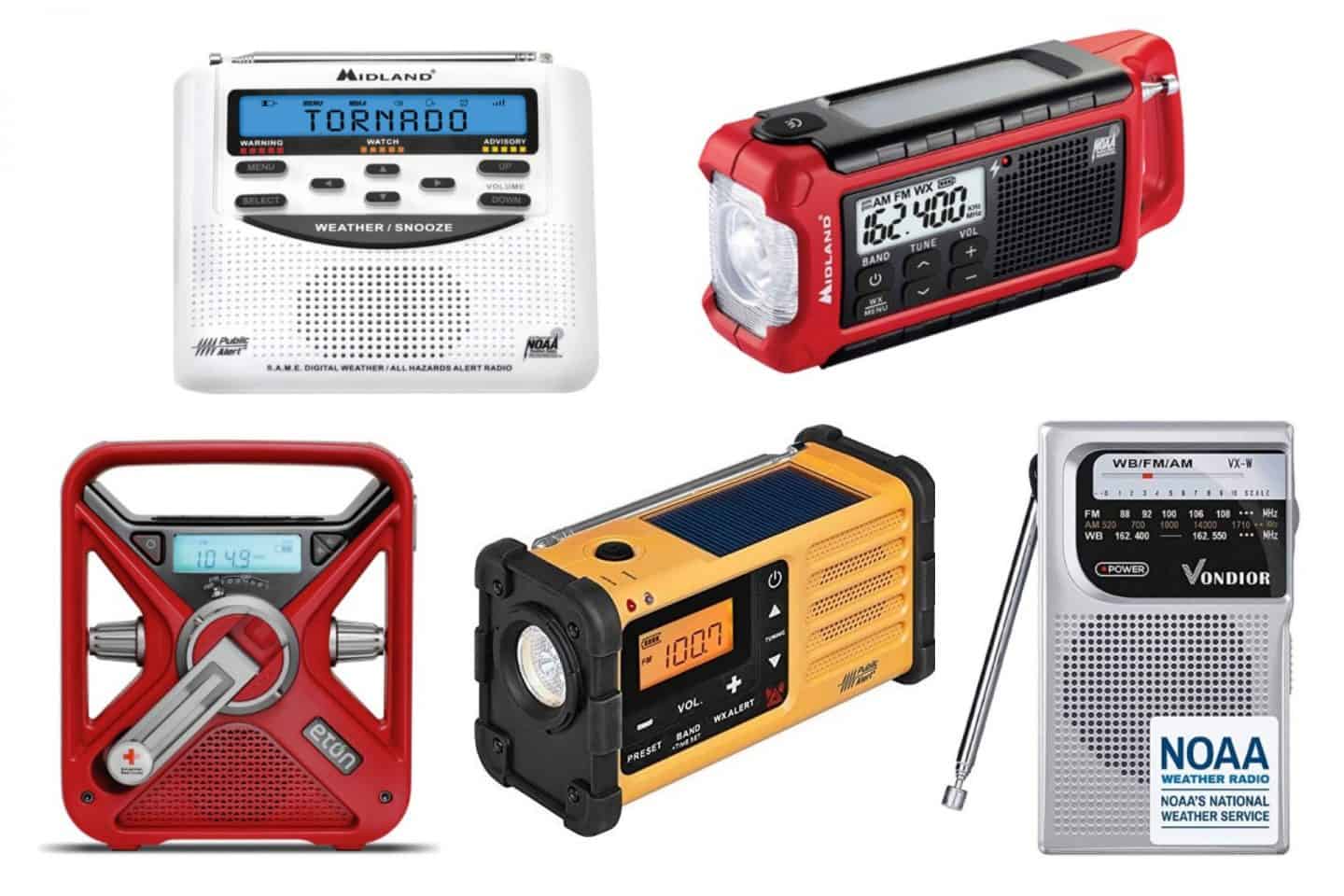 The Midland WR120B differs from the rest of the emergency weather radios listed here. One obvious difference is its design. It has a square and flat shape since it is meant to be a desktop weather radio. It’s also best used indoors.

The emergency radio automatically monitors seven NOAA channels for updates on inclement weather. It is equipped with the SAME digital technology that can program up to 25 countries that you want to keep tabs on.

The Midland WR120B uses voice alert, a 90 decibel siren and flashing emergency lights to notify the user of impending danger. It is powered by electricity or three AA batteries so make sure you have enough at home.

Another brilliant product from Midland, the ER210 is dependable when it comes to getting vital alerts on inclement weather. Its NOAA Weather Scan feature will automatically go through ten weather band channels to find the best updates. The NOAA Weather Alert, meanwhile, is an alarm that will go off to alert the user of an impending disastrous weather nearby.

The Midland ER210 has three power sources – a rechargeable 2000 mAh battery, solar panel, and hand crank. A full charge provides up to 25 hours of continuous radio use. It is capable of charging phones, tablets and other portable gadgets.

The Eton FRX3+American Red Cross Emergency Weather Radio is another emergency radio with a unique design as compared to the rest on our list. The square-shaped radio is rather large though the upper part acts like a handle so you can carry it easily.

The Eton FRX3+ has the requisite NOAA weather channels and AM/FM radio stations for those important weather news and entertainment. The Alert feature automatically announces weather alerts in your vicinity.

The solar panel is right on top of the handle. Leave it under direct sunlight to fully charge the battery in ten hours. At the back, you’ll find the port for charging the device on a wall plug. You can get a full charge in just a couple of hours through this method. The hand crank is pretty visible on the front. You already know what this is for. It takes four minutes of cranking to get ten minutes of radio.

In time of emergencies, you need to toughen up. You also need your survival gear to be tough since your life may depend on them. That‘s what the Sangean MMR-88 Emergency Weather Radio is. Its corners covered in shock-resistant rubber to prevent it from breaking apart when things get chaotic.

You also want your weather radio to be dependable. The Sangean MMR-88 is capable of receiving alters from seven pre-programmed NOAA weather channels with 19 more random pre-set stations. You shouldn’t have any issues with the power sources, too. It can be charged using the solar panel, hand crank dynamo and DC input. The Sangean MMR-88 also features an LED light with SOS beacon, emergency buzzer, and a loudspeaker.

When going backpacking or preparing your bug out bags, you need an emergency weather radio that is not too heavy and won’t eat up too much space. The Vondior NOAA Weather radio measures a mere 4.9 x 3.12 x 1.28 inches and weighs only 6.24 ounces. That definitely fits the bill.

While portability is a non-issue, the Vondior weather radio has its limitations. One, it only has one power source. The device depends on two AA batteries to work. It has no solar charging panel or hand crank. No rechargeable Li-ion battery, too. You could use rechargeable AA batteries, though.

Vondior boasts of having the best reception and sound among all emergency weather radios. This is made possible by the DSP chip, 6-inch long range antenna and high quality speaker. The survival tool also features a built-in headphone port.

The World Radio Day 2021 theme is “New World, New Radio.” Take this as a sign to finally get an emergency radio or replace your outdated one. We’ve listed down ten emergency weather radios that checks most if not all the boxes.

A new weather radio is not enough, though. Learn more disaster preparedness tips by visiting Gentleman Pirate Club. You’ll find a treasure chest of vital information on how you can survive different disasters and emergencies. 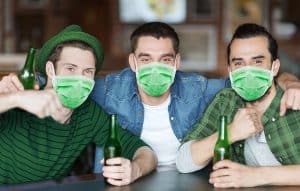 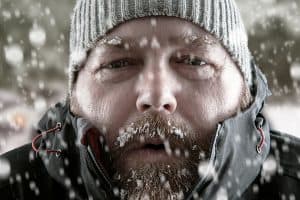 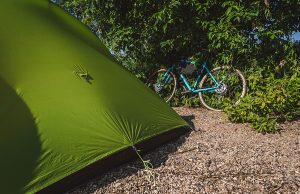 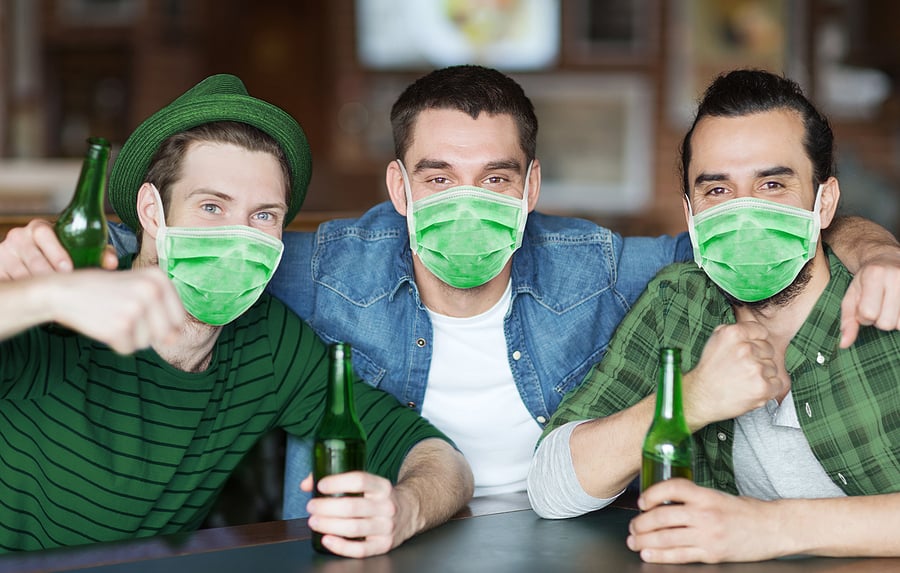 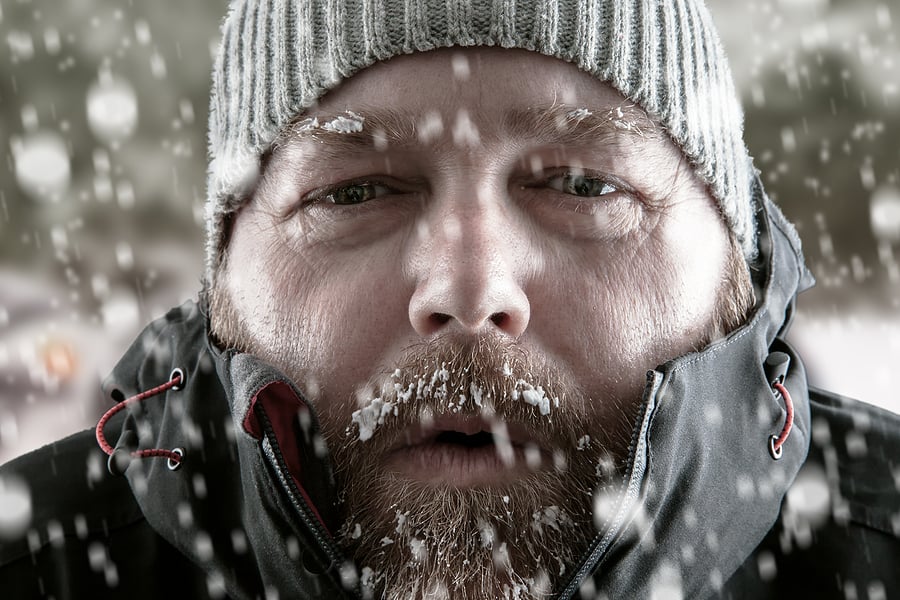 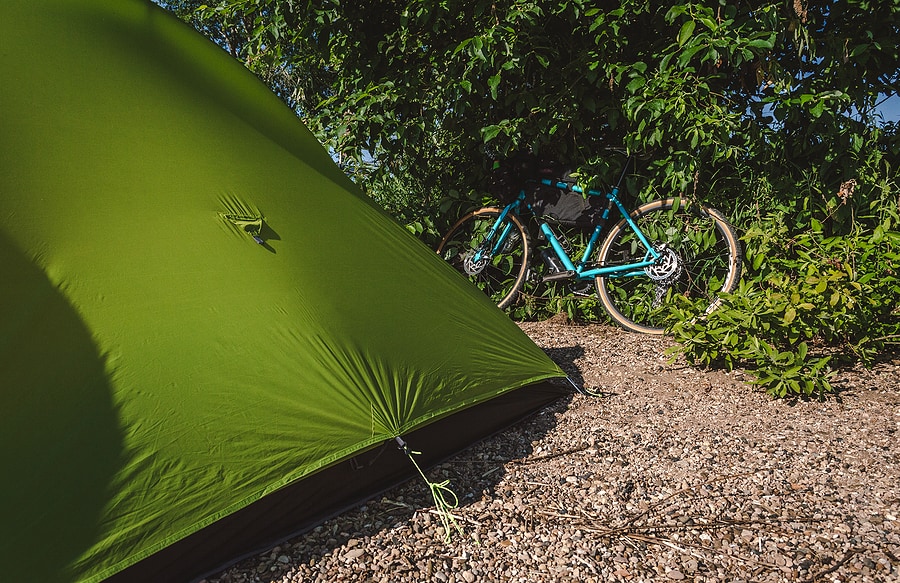 The North Face Homestead Shelter. From your backya

Going on a camping trip is such an exciting advent

Hiking and happiness go hand in hand or foot in a

When you arise in the morning, think of what a pre

Ahead of thick, healthy hair doesn't happen by acc

Lucky gnomes are here today! I'm So LUCKY You're M

The wilderness holds answers to questions, man has