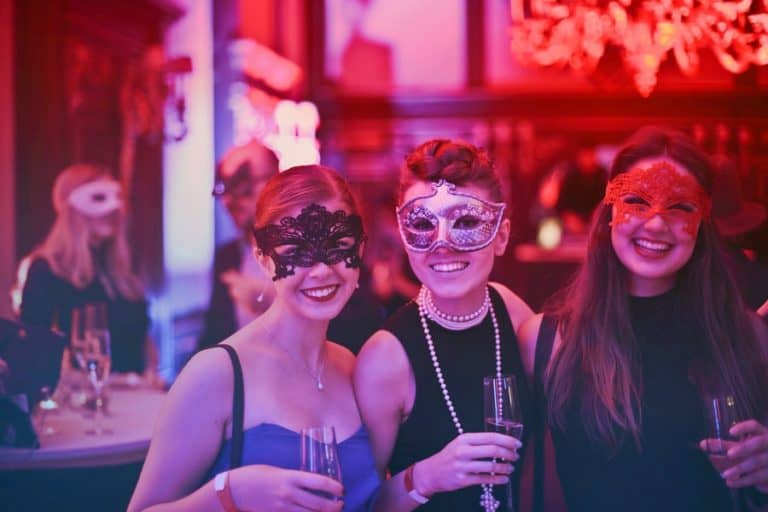 One of the most awaited holidays is almost here. Lots of you are already thinking of what to wear for this year’s Halloween party. In fact, some excited souls out there probably started researching for Halloween costumes since last month. Well, it’s perfectly okay to be prepared especially if you plan on making your own Halloween costume from scratch. But if you rather not waste your precious time on some DIY project, here are some TV-themed Halloween costume ideas you might want to consider.

The Games of Thrones finale was met with mixed feelings, mostly bad. But we’re not going to dwell on how the writers bungled the finale and probably failed to cement its status as perhaps the most epic (do they still use this word?) show on television ever.

Fan backlash aside, Game of Thrones remains one of the best ever in terms of costume and makeup. Since the show just ended some months ago, it’s still fresh enough to include in your list of TV-themed Halloween costumer ideas.

Of course, one of your first choices should be to go as the knee-bending Jon Snow. He may not know it but the Dark Northern King Costume is perhaps the most memorable of all the clothes in his closet.

Each set of this handsome Halloween costume includes a tunic with faux suede body and padded skirt while the collar and sleeves are made of linen. The cape is highlighted by a wide collar made of black fake fur. It comes with a couple of faux leather belts and a buckle.

The belt is also made of faux leather and features an antique-brass-tome buckle. The set also comes with a pair of fake suede gloves with wide foam cuffs.

To complete the look, you may want to get the dark Northern King Wig, Tall Black Costume Boots, and the 47-inch Sword. All these are available at HalloweenCostumes.com.

From one three-letter named badass to another, Jim Hopper is one tough cookie. And we’re not talking about his dough-like dadbod or his cookie-colored Hawkins Police Department uniform.

While it’s sad that Police Chief Hopper [spoiler alert] vaporized (supposedly) in Season 3, you can at least pay tribute to him by including him in your list of TV-themed Halloween costume ideas you can do this year.

A little heads up Jim Hopper fans. HalloweenCostumes.com will soon be releasing the Hawaiian Shirt Costume popularized in Season 3.

Rick and Morty season 4 hasn’t been announced yet but it looks like the fifth season is already in the works. It’s safe to say that Rick Sanchez and his cohorts will remain relevant until 2020 at least. That also means you can go as the crazy and alcoholic scientific genius for Halloween parties for the next couple of years or so.

The Men’s Rick And Morty Deluxe Rick Costume consists of a lab coat, wig and unibrow. The lab coat is 100% polyester while the wig is made of spiked bluish white synthetic hair. Inside the wig is a mesh cap with elastic edge to keep it from falling off. There’s an adhesive at the back of the unibrow. Just peel off the back, stick it to your forehead and you’re good to go. Well, almost.

You still need to a light green shirt, khaki pants, and black shoes. The portal gun is perhaps the most popular accessory in Rick and Morty. Your Halloween costume wouldn’t be complete without it. Check out the video above to learn how to make your own portal gun.

Now what dude would want to dress up as a magical unicorn, you ask. The Bronies, bro. That’s who. Interestingly, My Little Pony has a huge male following that call themselves Bronies.

Twinkle Sparkle is central and one of the most popular characters in the animated series based on the Hasbro line of toys. The first TV show based on the toys was aired in 1986 until 1989. The 2010 incarnation, My Little Pony: Friendship is Magic, is where the likes of Rainbow Dash, Rarity, Fluttershy, Pinkie Pie, Applejack, and Twilight Sparkle received worldwide attention.

To get the Twilight Sparkle look, you’ll need the My Little Pony Adult Twilight Sparkle Wig, wing accessory, and the tail accessory to go with a purple dress or overalls and a headband with unicorn horn and ears.

The wig is made of 100% olefin faux hair with polyester net. It can fit heads measuring 2i to 25 inches in circumference. The wings are made of foam with elastic shoulder straps. Each wing measures 15 inches. The tail is also 100% olefin and can be hand washed and line dry. It measures 15 inches and comes with an attached safety pin.

Say what you want about the Daenerys Stormborn of the House Targaryen, First of Her Name, the Unburnt, Queen of the Andals and the First Men, Khaleesi of the Great Grass Sea, Breaker of Chains, and Mother of Dragons. Daenerys Targaryen will always be one badass woman. Plus, Emilia Clarke is such a darling that you’d want to go as her popular alter ego on Halloween.

Daenerys wore so many iconic wardrobes that it’s hard to choose one. There’s the grey chiffon wedding gown, the Khaleesi strapless top that looks like it’s going to fall any minute, and the popular blue tunic Breaker of Chains outfit. If you still haven’t decided yet, check out this list of some of Daenberys most memorable get-ups from Elite Daily.

For this list of TV-themed Halloween costume ideas, however, we’re going with the Winter Dragon Queen look to pair well with Jon Snow’s Northern King look, in case you’re going with your husband or boyfriend.

The Winter Dragon Queen Women’s Costume set includes a fully lined grey and white winter coat made of polyester faux fur. The sleeves have strips of satin strip at back while the shoulder caps are also lined with satin.

Of course, the Breaker of Chain needs her chain. The set comes with a 44-inch long silver chain that drapes over the shoulder and wraps the body with the help of a couple of metal O-rings.

To complete the look, you’ll need grey gloves, black boots, and white or platinum wig. All of these are also available at HalloweenCostumes.com.

The latest season of Stranger Things introduced us to new characters. Arguably the best of the newcomers is Robin Buckley. Maya Hawke, the spawn of 90s heartthrobs Uma Thurman and Ethan Hawke, plays the smart and pretty Robin, who works at Scoops Ahoy with Steve ‘The Hair” Harrington.

Robin gets into a lot of trouble after decoding a Russian transmission and infiltrating their secret underground facility, along with Steve, Dustin Henderson and 10-year-old Erica Sinclair. At the end of the season, Maya and Steve lost their jobs after what happened to Starcourt Mall.

There’s no need to fret, however, as the unlikely duo found a new job at the local video store. And if you’re already missing Robin in her cute sailor outfit, go ahead and wear it yourself. Even Seventeen agrees that the Stranger Things Robin Scoops Ahoy Women’s Costume is a sure winner. That’s enough reason for you to have this as one of your TV-themed Halloween costume ideas this year.

The Robin costume set includes a Scoops Ahoy shirt and hat, both of which are made of 100% polyester. The print on the shirt is made look like the striped shirt, blue vest, white collar and red ribbon combo worn by Robin. There’s even an ice cream on the right breast and a nameplate on the left. The white sailor hat, meanwhile, has the word “Ahoy” printed on the front side.

Unfortunately, this set does not include the lower part of the wardrobe. You need to find a pair of blue shorts with white stripes, white knee-high socks, red Chuck Taylors, a couple of chain necklaces, and black wristbands.

If you’re going as a couple, there’s a Stranger Things Steve Scoops Ahoy Costume available on HalloweenCostumes.com, as well.

Anyone in their 30s and even early 40s probably know who Miss Valerie Felicity Frizzle is. She is a teacher who doubles as a bus driver. But she’s no ordinary bus driver. She’s the Magic School Bus driver.

The Magic School Bus animated TV series, based on the book series of the same name, was one of the most popular PBS shows during its release from 1994 to 1997. It was revived in 2017 but lasted for less than a year.

Despite the shows’ relatively short runs, Miss Frizzle and her Magic School Bus remain popular today. That’s why you can go as the eccentric educator as one of this year’s TV-themed Halloween costume ideas.

The Magic School Bus Miss Frizzle Costume includes a 100% polyester vibrant blue satin long-sleeved dress printed with a pattern of celestial bodies and rocket ships similar to what Miss Frizzle usually wore on the show. The dress has a side zipper for easy access and a stiff underskirt for more volume. The sleeves come with wrist cuffs and elastic button loops.

If your children are fans of the animated TV show Teen Titans Go!, you can delight them by dressing up as one of the characters for Halloween. But before we proceed, you may want to introduce the young ones to Teen Titans Animated, the original and way better cartoon series based on the DC superhero team, which aired from 2003 to 2006.

In both animated series, Starfire wears the same costume. The comics and live action versions of Starfire are a tad too racy and may not sit well with your kids. That’s why you’ll be going as the cartoon version of the orange alien royalty to your next Halloween party.

The arm band and gauntlets are also made of foam that can be fastened using hooks and loops. Gem bracelets are printed on the gauntlet. The set also comes with fabric boot tops with elastic bands under the feet.

You’ll need a long reddish wig with bangs to complete the Teen Titan’s look. Customize the wig by shaping bangs to look like Starfire’s, as seen in the video above. You can also use orange makeup if you wish. 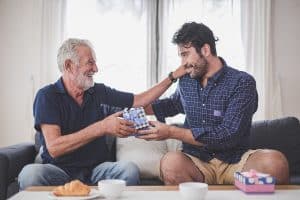 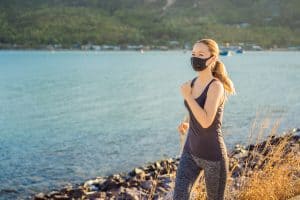 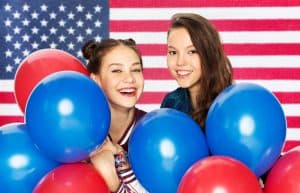 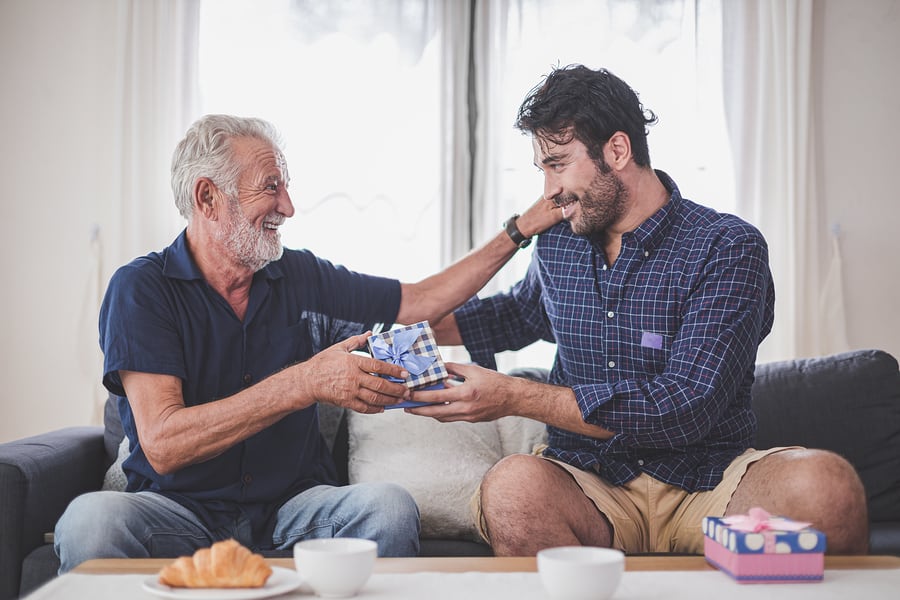 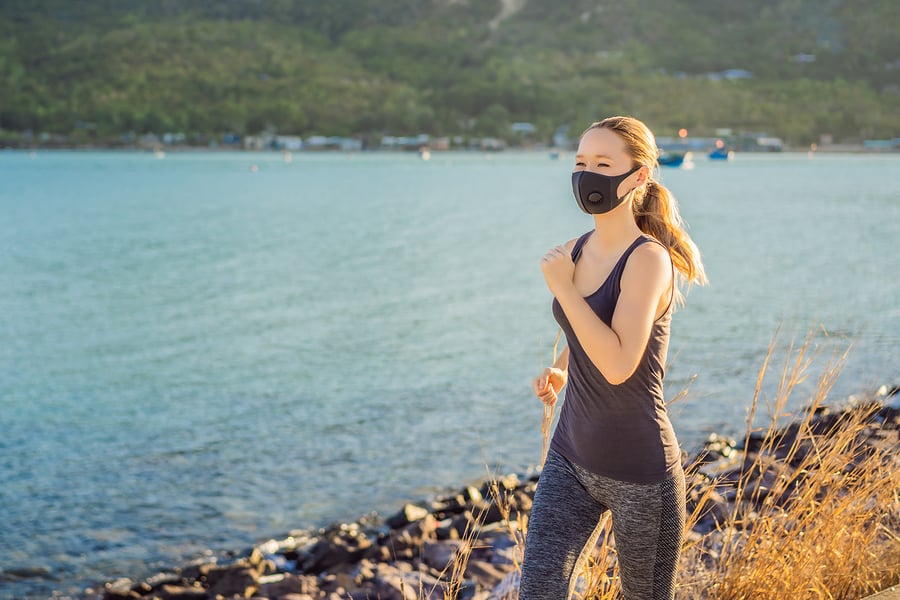 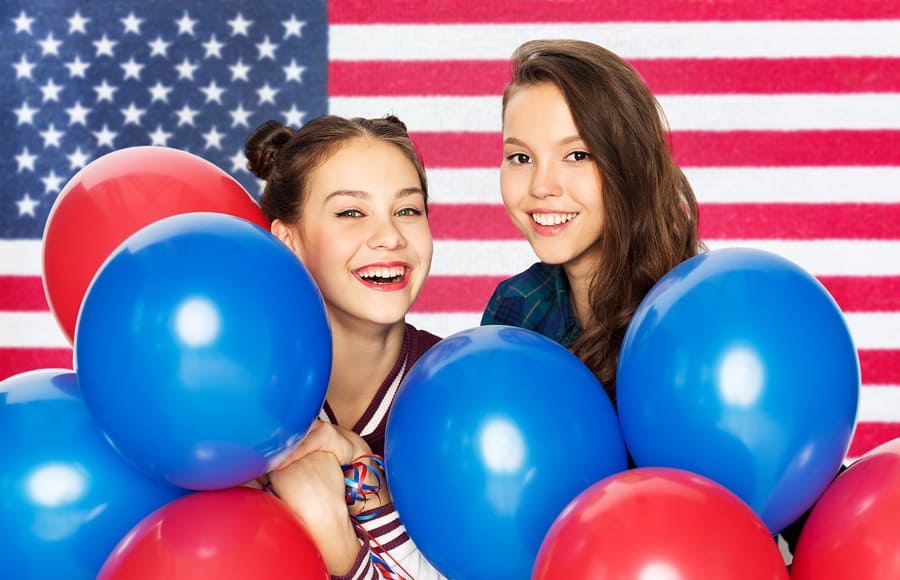 Can you guess what is it? 🤗❤💀 Image Source

Gather 'round the campfire and get ready for fun w

Your kit starts with a fun new way to cook: a pair

Have this amazing Polyester Not All Treasure Is Si